Everything around is changing at a fast pace. Stocks, Infra, Real Estate, you name any sector and they are fluctuating. Out of it country’s one of the largest sector spanning across length & breath of the country – Yes the “Road Transport Sector” is too witnessing a major evolution. For some it is evolution and for others it’s the tug of war for “Survival” – “The Survival of the Fittest”.

Road Transport, the base of commercial vehicle industry and one of the major sectors which accounts to 5.4% of GDP amid all fluctuations is poised to grow at a rate of 10% per annum. Commercial Vehicle (CV) industry which is considered to be one of the most dynamic industries is set to change in coming months.
Five years down the memory lane the CV industry in India was ruled by the Automobile Giant Tata Motors followed by Chennai based Ashok Leyland and Indore based Eicher Motors. Today more players are joining in, in the form of AMW, Mahindra Navistar, MAN, Hino – All eager to grab their pie of business and to reap in some quick numbers in the run. Rightly said – Bull Fight is getting closer indeed.
Year 2012 is all set to witness entry of yet another major Global Player, Daimler AG in India. Products from DICV are due to be commercially introduced under the Brand Name Bharat Benz somewhere in September this year. Battle ground is prepared and it is not going to be a cake walk for any of the player. A fierce battle is on the cards.
But the question is “Where this battle will lead to”? Is it worth talking about the two giants (One Global & Other regional) coming head on? One has the local understanding developed over a period spanning more than half a century and the other having best of the technology never seen or heard of.
Tata Motors has been into trucks for last 60 Years and it’s very difficult for a new company to generate that Trust Level to divert big chunk of customers to them. They will definitely live up and sell initial good numbers, all thanks to the hype created by highly focused marketing activities but to keep the momentum on it will take much more than the Power Yatras and Press Conferences.
Even the best of the CV Pundits have not been able to predict the dynamic trend of CV Industry. Amid high cyclic downturn speculation FY12 was on a boom for CV Industry registering a growth rate of 18.2%. Well to reach any conclusion or before drawing a line we need to under stand the Giants and their offerings (Tata & BB in this case).
When BB came in 6 years ago, they had bench marked the CV range of vehicles available in India. So after bench marking here is what they have to offer against each of the Tata Product.
Bharat Benz products (M&HCV) are based on the Axor Platform which may be fit and fine for Indian market but Daimer AG (Parent Company) has shifted on to Actros Platform World Wide decades ago.
The Passage to Indian CV industry has not been easy to breach in past and the job is much more difficult today which is very much evident from failures of 7 JVs as of now. 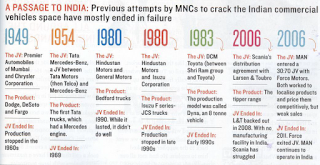 *Source: – Forbes India
Ashok Leyland the second largest CV manufacturer after Tata is at 21% MS. The gap is mammoth “41%” with Tata at 62% MS (MS calculated considering all products from Sub 1T category to 49T Category).
The Road Ahead
It’s not going to be easy for BB in India, well it’s not going to be easy for Tata as well to save its Market Share. With competition increasing from all sides (AL, MN, AMW, VECV, and now BB) it’s a tough task ahead.
Tata is definitely prepared when it comes to products. Auto Expo 2012 was the platform when Tata Motors showcased its future products:- 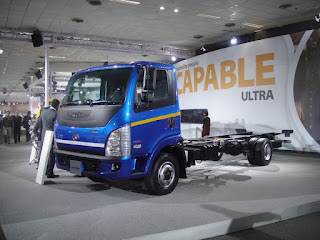 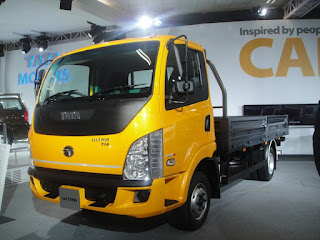 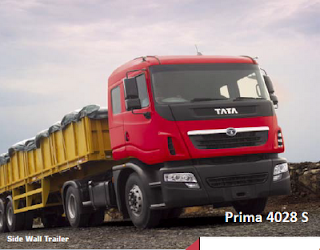 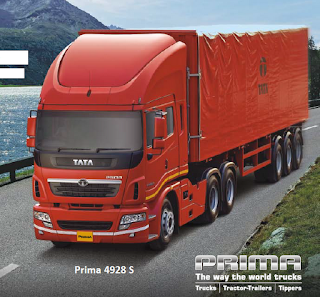 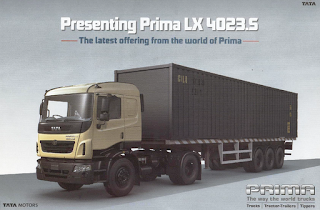 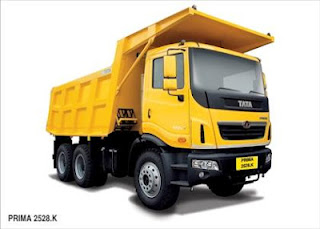 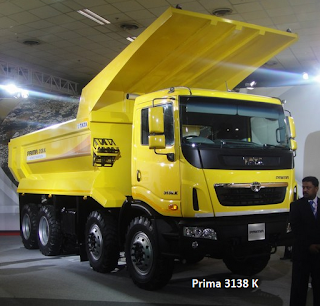 Prima 3138 K
Tata Motors spends close to 800 Crore on R&D for its Indian arm (Excluding JLR) which is one of the highest among its Indian counterparts.
Understanding the Practical Situations of CV Industry/Fleet Operator:-
Coming months will be a litmus test for Tata & its competitors. Though volumes are set to grow there will a shift of Market Shares. Whatever happens it will be fun to watch the “Bulls Locking Horns” – One trying to save its “Pie of Business” and the other trying to grab one.
Share